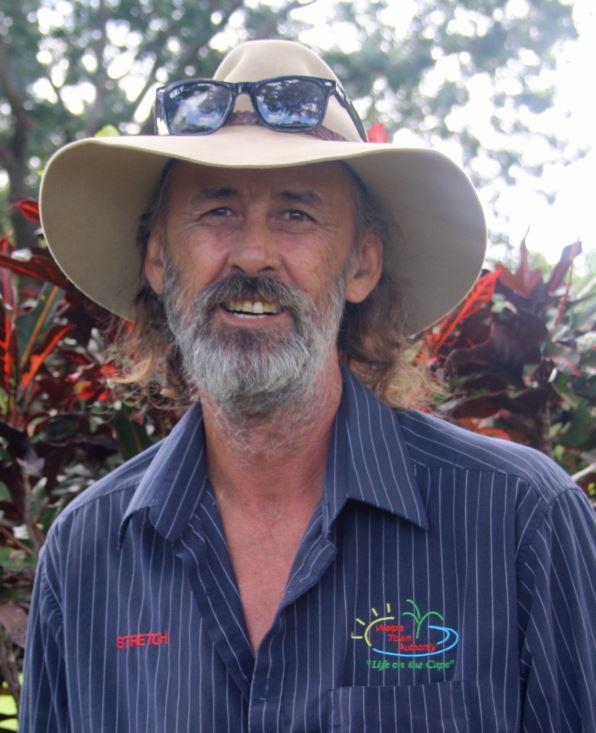 Stretch has travelled far and wide within Australia, living and working in many different communities, towns and cities. He first lived in Weipa between 1979-81, and has now returned for a third time with his partner, Giembra. “We want to call this home forever”, he says.

Stretch began work in the beef cattle industry as a stockman, before progressing to head stockman. When he first moved to Weipa in 1979, he became involved in the construction industry, and ultimately started his own construction business, employing up to 75 carpenters.

For four years, he managed the local newspaper, The Western Cape Bulletin, where Giembra was the Editor. Now they manage The Anchorage accommodation together. In these positions they see many of the issues that concern the local community, and regularly meet and talk to community members.

Stretch is passionate about the future of Weipa, and its ability to prosper beyond the eventual closure of the mine. He recognises that the sustainability of the town and future shire must be addressed now so that Weipa is not solely reliant on RTA.